WEBMASTER CENTRAL
Tuesday, March 06, 2007
Internet Audience Growth Continues
Worldwide, during the last year, the total number of Internet users has risen 10% to reach 747 million, according to comScore. China, Russia & India have had the biggest increase in Internet users - India rose 33% to 21.1 million, Russia is up 21% to 12.7 million & China has had a 20% increase to 86.8 million users. China now has the 2nd largest online population in the world after the United States. The number of Internet users in the U.S. was up 2% to 153.4 million users. The United Kingdom saw only a 1% increase, but currently has the 5th largest online population, with over 30 million Internet users...
(comScore's figures excludes Internet users under 15 years old, public computers, Internet cafes, mobile phones & PDAs)
LINK TO THIS POST: Internet Audience Growth Continues 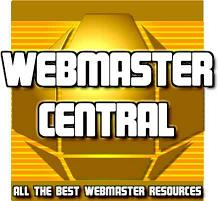